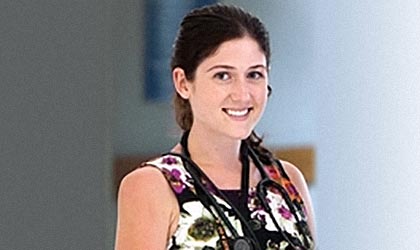 Kelly was a foundation Student of Wentworth college; she started here with us in year 9 and completed her schooling at the end of year 11. Kelly won a full scholarship to attend St Paul’s Collegiate in Hamilton as a boarder.

Once she finish year 13 she attended Auckland University to study Health Science with the aim of becoming a doctor. At the end of her first year she won a place in Auckland School of Medicine. Kelly is now a qualified doctor and has been appointed to her first full time position at Rotorua hospital.

Kelly is excited about working in Rotorua because of the wide variety of work involved in a regional hospital that you do not necessarily get to experience in large city hospitals. 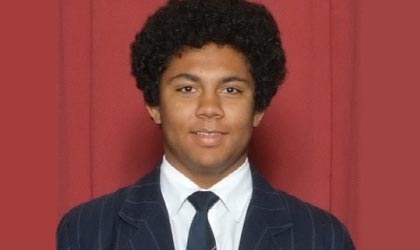 A Foundation student of Wentworth commencing in Year 7, Chris studied here for 7 years, completing his schooling at the end of his Year 13. Chris was not only academically able but was fully involved in the sporting side of the school. Chris’s all-round ability was recognised as he was appointed Head Boy for 2009.

After Wentworth, Chris attended Auckland University to study mechanical engineering. In 2014 he completed a 5 year conjoint degree programme with a Bachelor Engineering (Hons) and a Bachelor of Commerce, majoring in Economics.

Chris’s academic success was further acknowledged by winning the 2014 Senior Scholars Award at Auckland University for the highest overall grades in the Faculty of Business and Economics.

The multi-national firm of Deloitte has appointed Chris to the position of Strategic Consultant, and he is now based in Wellington. 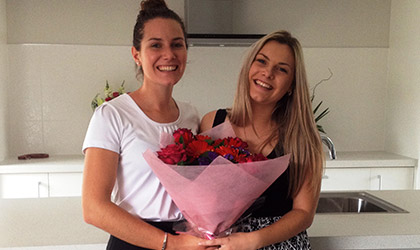 Danielle finished school at the end of 2011 with the intention of finding a full time job to get her working career started. Making the choice not to go to university as nothing quite stood out for her at the time, she started working at G.J. Gardner Homes Rodney in 2012 and has been there ever since, working her way up in the business in a range of different roles, gaining great work and life experience.

Natasha started working at the ASB bank when she was 17, in retail and business banking. Moving to the BNZ in 2013, Natasha’s expertise in banking has allowed her to excel in her chosen field as well as relate to the lifeblood of the New Zealand economy – Small Business. In addition to sneaking in a fair bit of international travel over the years – including 3 months in America – Natasha also entered the housing market at just 19, buying and renovating her first home. Since then she has built a new home in 2013, and then joined forces with Danielle in 2014 to build another brand new G.J. Gardner Home, of which they are both very proud.

During her time at Wentworth, Danielle was one of the founding members of the Wentworth Rowing team. She enjoyed this sport so much that after finishing school she joined a surf boat rowing crew at the Orewa Surf Life Saving Club. Danielle and her crew have won a number of National medals over the past 2 years, showing what can be achieved with hard work and determination.

Whilst crediting the support of their parents for much of their success, the girls have worked hard and believe that if you have a clear set of goals and a plan in place for how to achieve them, (and of course a good work ethic), you can be successful at anything! 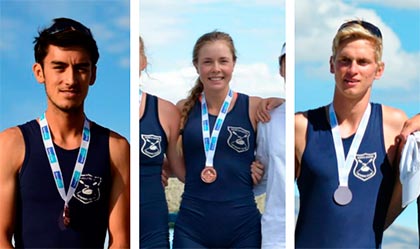 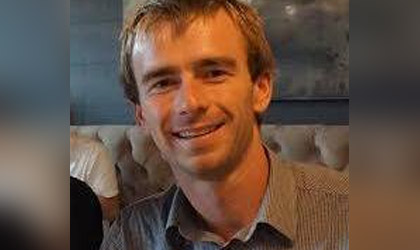 After finishing my final year at Wentworth in 2010, I went on to start a building apprenticeship. After realising that wasn’t for me I found my passion in aviation and moved down to Nelson mid-2011 to start my training at Nelson Aviation College in Motueka. Four years later I am still at NAC as a B-cat Instructor teaching others how to fly, and specialising in meteorology theory courses. Nelson is a great place to live, with all kinds of adventure sports and activities right on my doorstep. If I am not flying over the many National Parks down here, I can be found tramping, mountain biking or kayaking through them. I have the ambition to eventually work in the commercial aviation industry, however for now I am really enjoying teaching others and exploring all that the South Island (and the world) has to offer. 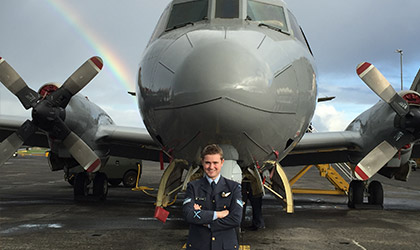 Looking back on my years at Wentworth College, I credit much of my success to the skills and knowledge I acquired during my time there. After leaving Wentworth I spent a few years studying Computer Science at the University of Auckland, before joining the Royal New Zealand Air Force in January 2015 as an Air Warfare Specialist. I officially completed my training in July 2016 and earned my AWS Brevet (Wing). As an Air Warfare Specialist it is my responsibility to operate the sophisticated sensors on board the P-3K2 Orion Maritime Patrol Aircraft. At 5 Squadron I routinely participate in Search and Rescue, Fisheries Protection and Anti-Submarine exercises. Through the RNZAF I have already had the opportunity to visit several Pacific Islands and Malaysia, with many other trips on the horizon.

Life in the New Zealand Defence Force is highly rewarding and I highly recommend it to anyone considering a career in the military. 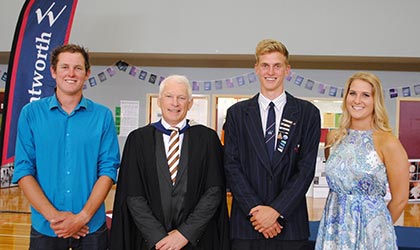 Chris Everitt was our Head Boy last year and the last child in his family to finish schooling with us her at Wentworth.

Steve and Pip write: Thanks for making a difference in all of our Children’s lives! 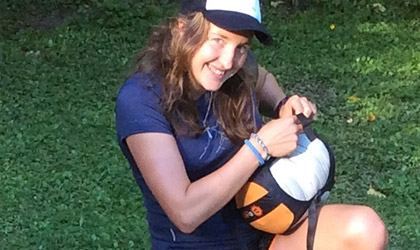 After finishing Wentworth at the end of Year 12, followed by a bit of travelling and growing up, I did a two year diploma in Outdoor Recreation at the Hillary Outdoors Pursuits Centre in Tongariro National Park (OPC). Since qualifying at the end of 2011, my outdoor recreation skills have taken me to some amazing places, such as giving motivational speeches to hundreds of people in a castle in Wales (UK), followed by abseiling them off the castle’s tower! I now work as a senior instructor and safety manager at MERC (the Sir Peter Blake ‘Marine Education Recreation Centre’) in Long Bay.

Just before starting my Diploma, I travelled through SE Asia where I saw children – some, really young – prostituting themselves. It wasn’t until three years later when I was working in Europe that I realized the full extent of human trafficking. There are 21 million people (men, women and children) in slavery around the world – yes, even New Zealand. Last year I decided to do something to help and I’m currently walking the length of NZ to raise funds for Nvader, an organisation dedicated to stopping human trafficking, headed by an ex- under-cover NZ Policeman. So far I’ve walked the whole of the North Island, some along the awesome Te Araroa Trail, from Cape Rienga to Wellington. I’ve had torn ligaments in my knees, rats in my food, a man with a rifle outside my tent at 2am, heavy rain, freezing cold nights with snow in my tent, and I’ve seen wind so strong it blew a waterfall upwards. But I’ve also seen some amazing parts of the country and met some awesome people who have helped me along the way. For now, I’m back at work earning enough money to start walking the South Island, hopefully departing in September, and at the end I hope to have raised $50,000. If you would like to read more about what I’ve done then please see my Facebook page “Walking NZ to end Human slavery” or my Give A Little page ‘Walking New Zealand’.

There are so many paths to follow when we leave school and it can be hard to know what to do– university or other tertiary courses, travel, or going straight into the workforce. I’m so pleased that I followed my passion for the outdoors. The places it’s taken me, the things I’ve seen and the people I’ve met along the way have all contributed to a wonderful ‘life after Wentworth’. 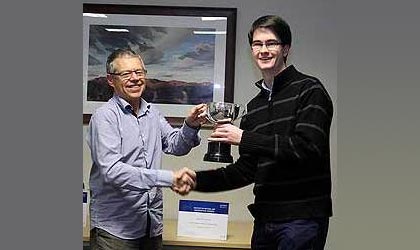 Well I’ve finally finished my degree (a B.Sc in Computer Science and Mathematics). My final marks came in with As and A+s – it certainly was a huge relieve to have finished that successfully!

I’m in Camberra, Australia, until February 2015 on an expenses paid summer research scholarship. I’m assisting research on positional quadcopters without GPS or a room full of cameras, to allow the craft to be flown in crowded city centres and indoors. When I return to New Zealand, I’m looking at doing a Masters of Science (in Computer Science) at Massey University in Albany, which – all going to plan – will take 1 ½ years. 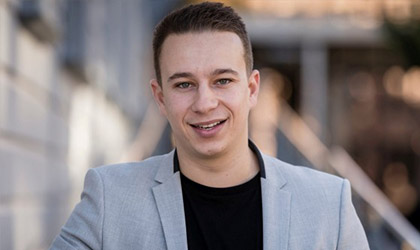 After leaving Wentworth to begin a Bachelor of Commerce degree in 2007, Anthony changed direction part way through the course, moving to work for 2 Degrees and international digital marketing firm Reach Local before being inspired to create a more transparent digital marketing company. After six months of cold calling and 80-hour weeks, he was able to stop selling phone plans on the side and go full-time into the Firefly business with his now COO, Marko Kisa.

Anthony started by working out of his Auckland bedroom, making sales pitches and showing media plans to clients on a 10-inch laptop. Now the 26-year-old is at the helm of a near-$2 million turnover digital marketing business, Firefly Search, that is growing at a rate of 200 per cent, year-on-year. It has 12 staff, over $1.8m in turnover, and is eyeing a launch into Australia and Singapore.

From a very young age, Anthony says he always wanted to be in business. “At primary school I was buying kids’ Gameboys and selling them on the Trade and Exchange. I love selling and networking so this was an awesome opportunity to put it all in there and give it a shot. It’s paid off.”