Boys’ First XI
The boys played a match during the first week of the recent school holidays, winning 10-3 against Northcote College, followed by a bye during Week 1 of Term 3.  The team are currently in 2nd place overall with two more pool games to play before the semi-finals.  We look forward to seeing the team finish the season strongly.
Girls’ First XI
On Thursday, 2nd August, the Hockey Girls’ First IX played at Warkworth against Mahurangi College. The first 20 minutes were tough with Mahurangi scoring two goals in quick succession. Finally, we made a comeback and won 4-2. India Grigson scored two goals, Alex Wood scored one goal and Beau Walbran scored the final goal. The whole team, including Anya Khalid as goalie, did a very good job to keep out any other shots at goal, concluding with a very pleasing game and a great score to go with it.
Beau Walbran
Boys’ Year 7 & 8
Term 3 saw the start of the competition round for the team. After some good results towards the back end of the grading round, the boys did enough to be placed in the A grade. The first game was against one of the three Whangaparaoa College teams that had previously got the better of us, and they were on track to repeat that performance with two goals before half time. With some missed opportunities in the first half from our boys, Whangaparaoa were confident going into the second half that they were still in the contest. We managed to show some good character and attacking play to score two quick goals and draw level on the scoreboard. Although both teams had further chances to win the game outright, the game ended fairly with 2 goals each.
The following week against Ponsonby, the team got off to a much quicker start and dominated territory and possession. The boys managed to find a way through Ponsonby’s persistent defence to score twice in the first half. A fired up Ponsonby came out strongly in the second half and reversed the territory and possession in their favour which eventually turned into a goal being scored and the score being 2-1. For the second week in a row, great determination from Wentworth  was shown to restrict any further scoring and the team  held on for a hard fought one goal victory. 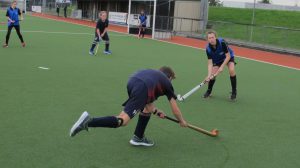 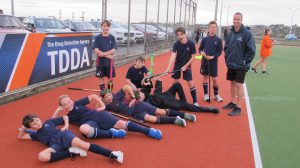